It is correct to assume that the achievement of women’s suffrage in South Australia was pragmatically undertaken by women and men. Still today, women’s rights are issues for people of all gender identities, and not only the responsibility of women.

One such man, Dr Edward Charles Stirling (1848-1919), a surgeon, scientist and politician was the first to introduce women’s suffrage to the South Australian House of Assembly. Stirling is said to have had been acquainted with suffragist (advocates for the cause of women’s suffrage) groups in England and inspired by the work of John Stuart Mill, British philosopher, economist and an early male advocate for women’s suffrage in the UK[i]. 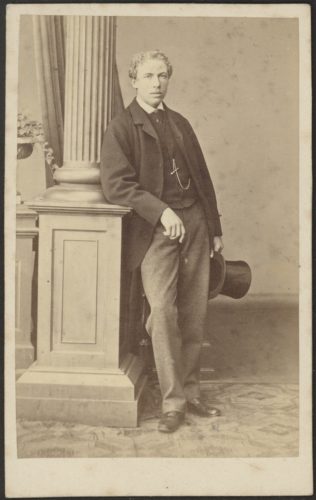 In 1885, when Stirling was also the Director of the South Australian Museum, he as the parliamentary member for North Adelaide in the House of Assembly introduced what would be South Australia’s first bill to include women into the political franchise.  After much debate Stirling proclaimed that

“In the opinion of this House, women, except under coverture, who fulfil the conditions and poses the qualifications on which the parliamentary franchise for the Legislative Council is granted to men, shall, like them, be admitted to the franchise for both Houses of Parliament”[ii]

The Bill proposed was a somewhat soft entry to the idea of universal female suffrage and, at least initially, proposed for single and widowed women who owned property to the same qualification as was required to stand for election to the Legislative Council, South Australia’s upper house.

In opposition The Burra Record reported that

“The doctor’s speech was able and exhaustive, but it served to further illustrate the saying that we have too many theorists in Parliament in the room of practical politicians.”[iv]

and posed the question

“Who has asked for the Enfranchisement of Women?  … Theoretically, nothing could be said against the proposal if it were on those terms, however practical difficulties might arise, and though after all the question might be asked ‘What is to be gained?”[v]

The sentiments in the media were not held in isolation, and many citizens expressed complimentary feelings about the proposed reform.

The 1885 proposal was not a world first. Hansard reports that

that is single and widowed women who owned property, and

“In the territory of Wyoming, in the United States, there was universal suffrage in the full sense that every adult man and woman has a vote” and “from all accounts the quality both of the legislature and the legislation had been much improved since the admission of the influence of women.”[vii]

Such inclusions would be discussed by parliament at a later date in regards to a different Bill. 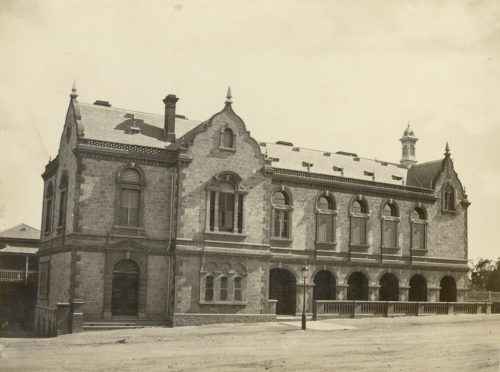 While the parliament agreed to Stirling’s 1885 proposal no action followed, and nothing progressed.

This led to the establishment of many advocacy groups in South Australia that would be crucial to the success of the reform in 1894.

Next month we will learn more about one such group.